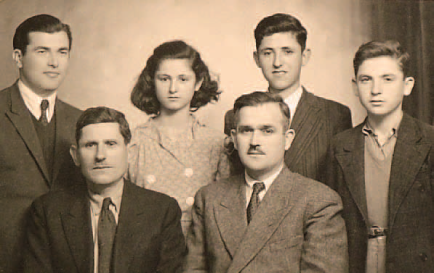 In the early 1900’s, in the tiny village of Falanthe, Greece, Frank Demeris and Angelike Vasilakopoulos met and married. They raised four children whose mid-century journey to America paved the way for their pursuit—and achievement—of the American Dream. Today, their grandchildren are continuing the legacy of these adventurous European transplants whose vision, faith, and hard work helped create the Demeris restaurant enterprise.

“Our daddy, Frank, was a hell of a man,” remembers Jimmy Demeris. “He could foresee the future. He was successful in Greece, but he wanted a good life for his children in America. That’s why he came over here.”

Frank Demeris traveled to America three times. The first time was in 1915, and while here, he served in the U.S. Army. After the war (WWI) ended, he returned to Greece to marry Angelike; but a short time later, his desire to provide a better life for his family brought him back to America. Soon thereafter, he again returned to Greece, this time to help care for his ailing father. When civil war broke out in his homeland in the 1940’s, he came back to America and never left again. 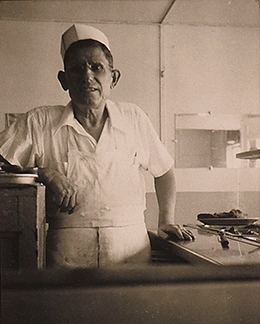 In March of 1947, Frank arrived in Houston, accompanied by his eldest son Gus and his daughter Georgia. Frank worked for his brothers in the kitchen of the T&G Restaurant on Fannin Street, and Gus worked at Steve’s Barbecue, owned and operated by Steve Caloudas, Sr., a fellow immigrant from Greece who was married to one of Gus’ cousins. Gus gave his pay envelopes, unopened, to his father so they could save enough money to bring the rest of the family from Greece, which they were able to do by the end of 1948.

In 1952, Frank purchased Anthony’s Cafe on North San Jacinto at Wood Street and renamed it The G and N Cafe, after sons Gus and Nick. Frank’s youngest son, Jimmy, was attending the University of Houston while working for Royal York Coffee.
In 1961, Gus and his brother Jimmy bought the Shipley’s location at West Gray and Dunlavy, and soon thereafter, they acquired Carol’s Kitchen on South Shepherd (now a Starbucks location). In 1964, the pair purchased Sanders Barbecue, which became the first Demeris Bar-B-Q restaurant. Their brother Nick and sister Georgia—along with Georgia’s husband, George Vlahakos—came into the family business that same year. From the beginning, the family divided duties, with the eldest sibling, Gus, in charge. Nick ran G and N Cafe, Jimmy ran Shipley’s, Gus ran Carol’s Kitchen and Demeris Bar-B-Q, and Georgia, ever the diplomat, found herself frequently serving in the role of referee.

Jimmy Demeris recalls, “We were a family, and there were always fights, but the next day we were brothers and sister again. No matter what, the family is number one.”

In December of 1969, the Demeris family opened a second location in the developing Town and County area of west Houston. In 1975, a third location opened on Hempstead Road; and “Northwest”, as it came to be known, was a hit from the first day. The family expanded to a location adjacent to Sharpstown Center in 1976. In 1994, after extended negotiations with the management of Town and Country Center could not reach resolution, the Demeris family closed that operation to focus on its other units and its rapidly growing catering division. The Sharpstown location closed in 2013. 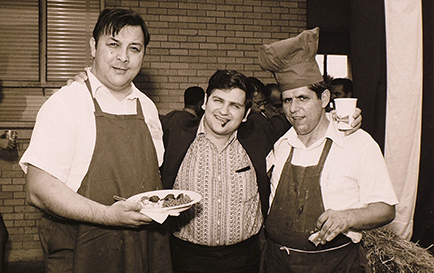 “For our family and many others from Greece,” observes Jimmy Demeris, “America was truly the land of opportunity. Our restaurant and real estate holdings grew and prospered and our families along with them. Children everywhere, then grandchildren. Who knows what we would have done if we had stayed in Greece? We had choices, but not opportunities like this.”

It should be noted that the Demeris brothers, like their father before them, served their adopted country in the armed forces: Gus Demeris and Nick Demeris in the U.S. Army and Jimmy Demeris in the National Guard.

Today, the family business is run by a quartet of Frank Demeris’ grandsons. Since assuming the reins of the enterprise, this talented team, united by their bloodline and a common goal, have refined the restaurants’ operational systems, created and added new menu items, and significantly expanded the catering division.

The relocation of the northwest Houston store in 2012 opened a new chapter in the family’s history. This latest incarnation of a Demeris Bar-B-Q restaurant (now referred to as the West Loop location) boasts a patio, a private dining area, a drive-up window, and a full-service bar, and will serve as the model for future expansion. During 2014, Demeris Bar-B-Q will celebrate its 50th anniversary with a yearlong tribute to its founders, mentors, and patrons. Stay tuned for details!