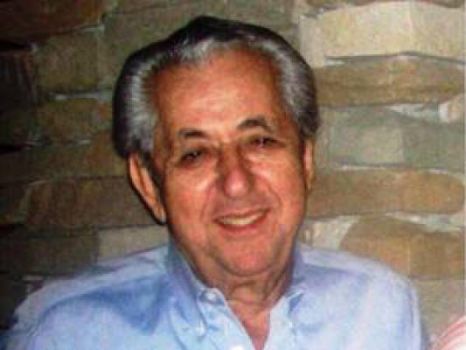 Gus Frank Demeris, who served generations of Houstonians at his business, Demeris Bar-B-Q,has died after a lengthy battle with leukemia. He was 79.

Demeris was as much at home rolling up his sleeves at his restaurant on South Shepherd as he was spending quality time with family and friends, said Maria Demeris, his wife of 44 years. His most “precious quality time” was when his granddaughters, Courtney and Caitlyn, came to visit, she said.

“What always motivated Gus was family unity,” Maria Demeris said. “His work ethic was driven, in the early years, by a desire to bring his family to America from the old country. After we married and had children of our own, his desire was to raise them with the same high standards our own parents had instilled in us.”

Gus Demeris was born Sept. 19, 1930, in Paniares (now Falanthi), Greece. In the wake of unrest following the German occupation in southern Greece, Gus’ father, Frank A. Demeris, moved his family to the U.S. to escape the violence and start anew.

Was cook in the Army

Demeris arrived in Houston when he was 16, and within two days was working at Steve’s Barbecue in downtown Houston, said his niece, Angi Demeris.

“Every week, when he received his pay, he gave the envelope, unopened, to his dad,” she said. “Within two years, they were able to buy a small home and move the entire family to Houston.”

In 1951, Gus Demeris was drafted into the Army and was the first to raise his hand to volunteer to cook, his wife said. He spent the next two years cooking for his unit at Camp Polk, La.

While serving, he saved his pay, giving his father money to purchase a small coffee shop on San Jacinto. After his discharge he continued to work at Steve’s.

His time at Steve’s taught Demeris the importance of quality food, friendly service, and attention to detail, Maria Demeris said. “Those values grew that small coffee shop into one of the largest catering companies in Houston,” she added.

As the family business grew, Gus Demeris took up golf and became a fixture on Houston-area courses. He also played in tournaments sponsored by the American Hellenic Educational Progressive Association.

Gus Demeris was active in the local Greek community. He served on the Annunciation Cathedral parish council, as co-chair of the Original Greek Festival and on numerous other committees, his wife said. He always was willing to commit his time, energy and resources, she said.

He occasionally traveled back to Greece, his wife said.

“One particularly poignant memory,” she said, “was in 1984, when we took our sons to Greece for the first time. As we drove into his small village, some old men were sitting around the caffeneio. They were the same men who were sitting there 20-some years earlier when Gus had last been there. Tears flowed as they realized one of their own had come home to visit. My boys will never forget the tenderness of that moment.”

The family has received an outpouring of community support since her husband’s death on Dec. 10.

“Gus would be humbled and deeply moved by the outpouring of sentiments and floral tributes from the Houston community and surrounding area,” she said. “I wish it were possible to thank everyone personally, but some had no last name or were signed only ‘a customer.’ My sincerest thanks to each and every one of them.”

Services were held Dec. 14, at Annunciation Greek Orthodox Cathedral in Houston. He was buried at Woodlawn Garden of Memories Cemetery in Houston.